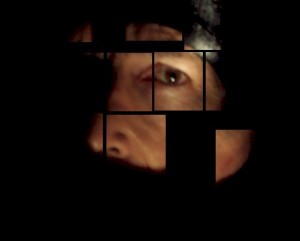 “The best writing comes from massive rewriting,” says James about journalist Bob Larson, with whom he worked as a journalist at the famed Union Rescue Mission in Los Angeles. “And that is exactly how the script version of The Identity Factor has played out. There was lots of chopping and condensing, and it was hard to eliminate favorite scenes and characters, but the results have been genuinely spectacular.

“I also had to get to know my characters better than I did in the book. That’s because nuance in film is visual, and I needed to communicate that nuance into the script so that a director can then make those characters come alive on the screen. Film producer Kristin Overn (who directs the PAGE International Screenwriting Awards), collaborated with me on the script and pushed my abilities to new heights. I won’t lie to you (even though I write fiction, which of course is telling lies for a living) — the adaptation process was a struggle.

“Kristin likens it to being in quicksand. You fight to get through this sticky, suffocating quagmire, and at times you feel like it will engulf you. Long hours tick by and sometime turn into days of stalemate. But finally you fit the pieces of the puzzle together and push your way through to the other side. Then you do it all over again. In truth, the struggle enabled me to grow as a writer. So I learned to love the quicksand. It definitely pushed my envelope.

“And what a trip it was! At times I soared, at times I cursed. My fellow writers will know what I’m talking about. What I had to learn was not to be too ‘precious’ with what I’d written … not to ‘own’ it so much that I failed to see ways to improve it … to do it better, especially for the sake of the film. It wasn’t easy. But it was certainly worth it. And exhilarating.”