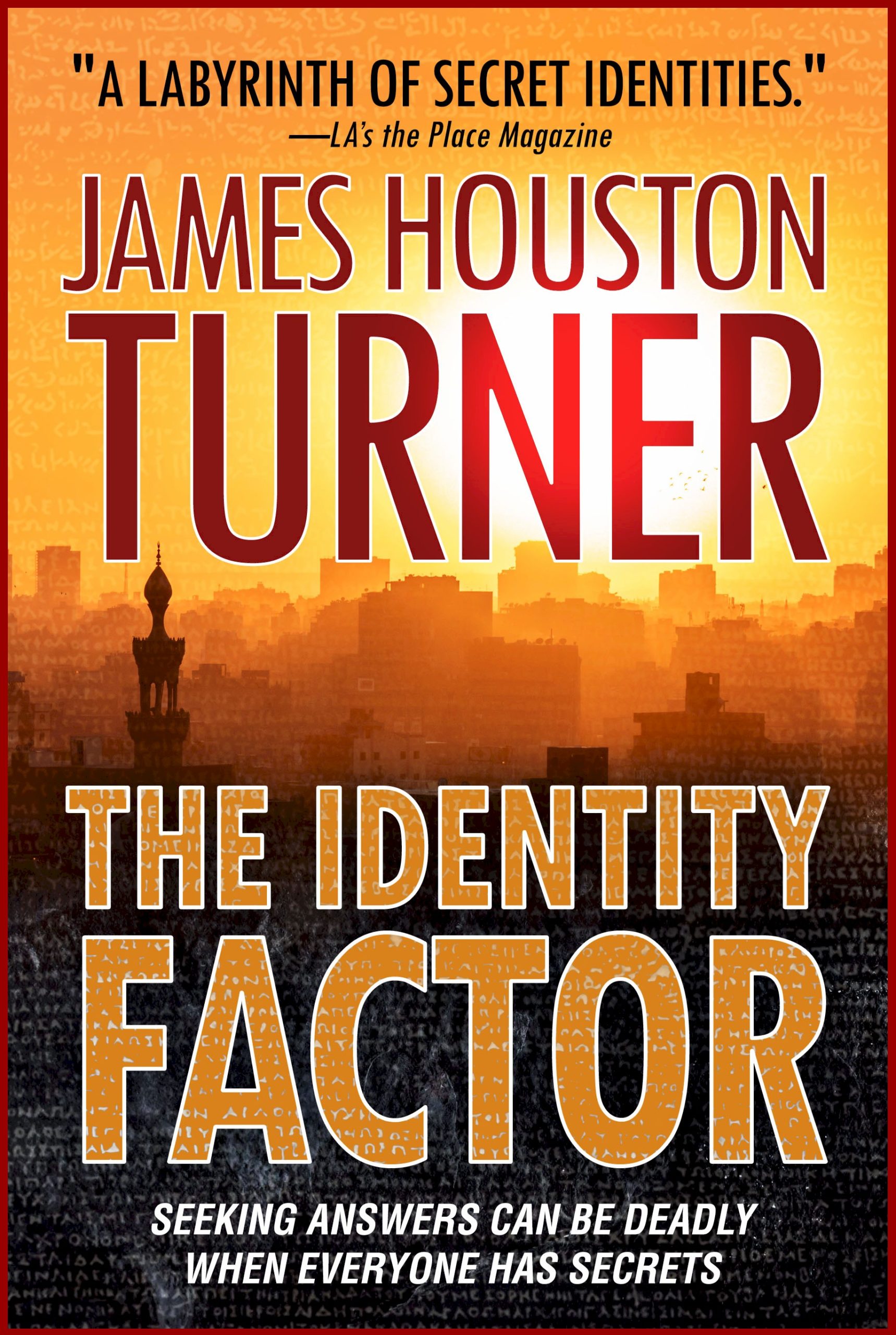 Purchase the eBook on Amazon.

In this non-Talanov action thriller, it’s antagonism versus attraction as a headstrong rookie profiler with the CIA competes with a charming Texas journalist to identify and stop a notorious terrorist.

FROM THE COVER:
Abu Nazer is the world’s most elusive terrorist. His identity is unknown … his list of crimes unimaginable. But Abu Nazer knows the CIA is closing in.

Which is why he must change identities.

He devises a strategy involving an ancient stone tablet discovered in the Sinai Peninsula in 1919. The tablet makes a shocking declaration about Jerusalem that has the CIA running scared. They fear he will use it to ignite Armageddon, and Abu Nazer has been using that fear against them because someone at the agency has been leaking him information.

Journalist Rutherford Tyler smells a story and travels to Cairo to view the tablet. But analyst Zoe Gustaves suspects Tyler has deeper motives that link him to Abu Nazer, the CIA, and someone or something named Nightingale. But the more she digs for answers, the more she discovers the danger of asking too many questions.

Seeking answers can be deadly when everyone has secrets.

I completed this book in the year 2001 after the success of my debut Talanov thriller, Department Thirteen (published originally in Australia as The Second Thirteen. I had been signed by one of the big talent agencies and there was film interest by one of the major studios (for both of these stories). Then 9/11 happened, and because the book has Muslim characters and settings that included Cairo to Jerusalem, I was told I needed to remove my Muslim characters and reset the book to Europe, that no publisher wanted anything to do with the Arab world. I refused, and almost overnight I was off everyone’s Christmas card list. The agency dropped me and so did the studio. I learned some good lessons from that experience. We can’t always control the “curve balls” life throws (like the cancer that almost took my life). We can control our response. Victim or victor? I chose the latter.

And now, twenty years later, here we are. It’s taken a lot of hard work and perseverance, but what a journey it’s been!

In researching the biblical, geographic, and historical “bookends” of the novel, I spent many wonderful hours in the maps room of the State Library of South Australia, where I discovered Gebel Shama’un — the “Mountain of God who hears” — on an old British surveyor’s map of the Sinai Peninsula. The mountain was little more than an obscure dot in the northern heart of the peninsula, but it was proof of what my instincts were telling me was true. Those old maps plus some handwritten expedition journals enabled me to construct what I believe the Sinai Peninsula might have looked like in 1919.

Aside from the book’s opening, which takes place in 1919, the story is a modern-day action thriller that will sweep you from the live music capital of Austin, Texas, to Cairo, Jerusalem, and Washington, DC. In it you will meet journalist Rutherford Tyler, who almost immediately begins butting heads with rookie CIA analyst Zoe Gustaves. 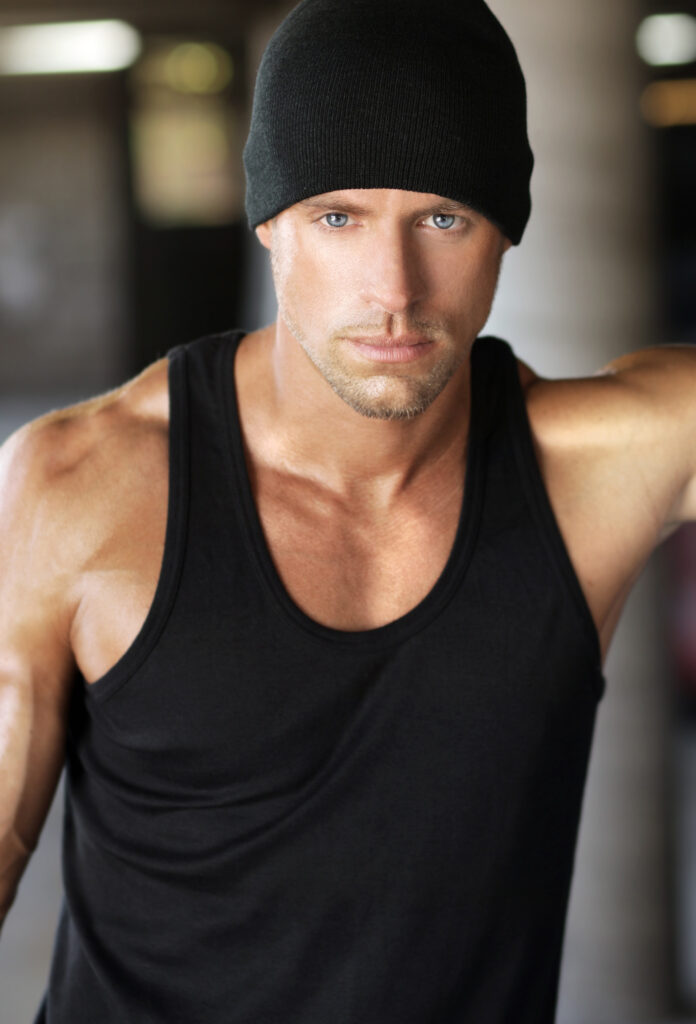 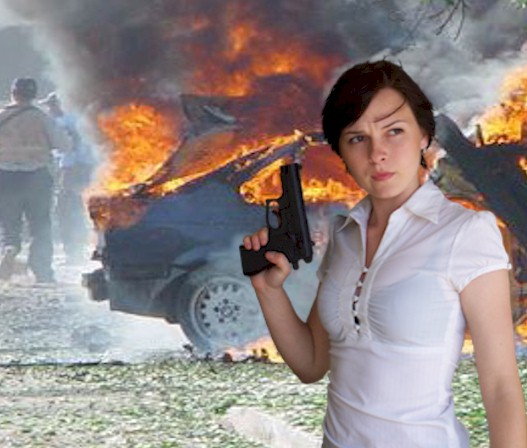 .
Some of you may recognize the Gustaves name. That’s because her mother, Congresswoman Diane Gustaves, is one of the regulars in my Talanov thriller series of novels. Like her mother, Zoe is a force of nature who in part was in part inspired by my mom’s fiery younger sister — my “Aunt Hazel” — who taught me to shoot a rifle, dance the tango, and cook a souffle. “On screen” chemistry is not easy to create, but I tried hard to give Zoe some of Aunt Hazel’s personality.

I hope you enjoy the ride!

“I love a great villain. Great villains demand great heroes and The Identity Factor has both.”
Adoni Maropis, AKA “Abu Fayed,” from the hit television series, 24

“One killer of a thriller … a Jason-Bourne-meets-The-DaVinci-Code kind of mystery inside a puzzle.”
LA’s the Place Magazine

“Reminiscent of The DaVinci Code … Turner holds your interest captive until you just can’t take it any more.”
Marian Jeffords, Apex Reviews

“Layered identities are but one of the many surprises in this magnificent staccato-paced thriller.”
Bookstew, Valley Scene Magazine