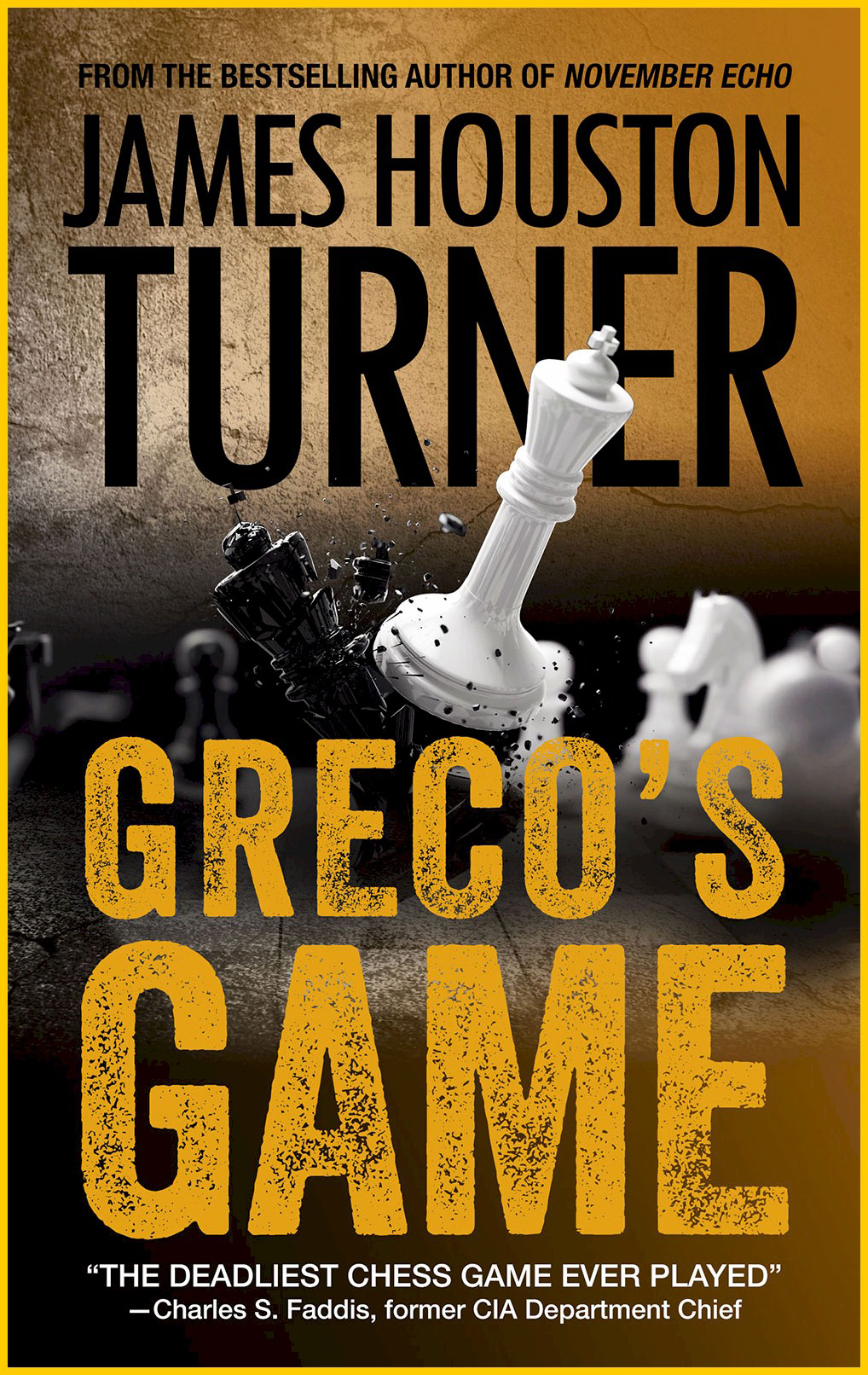 Buy the paperback on Amazon.

FROM THE COVER:
Colonel Aleksandr Talanov is married to a woman he wishes he could love. But he can’t, and it’s an ugly consequence of his former training with the KGB. Even so, no one should have to experience what Talanov experiences: the brutal murder of his wife in front of his eyes.

Wracked with guilt, Talanov spirals downward on a path of self-destruction. He should have been killed, not her. He was the one whose violent past would not leave them alone. Months tick by and Talanov hits rock bottom on the mean streets of modern-day Los Angeles, where he meets a hooker named Larisa, who drugs and robs him.

But Larisa made the big mistake of stealing Talanov’s wallet. In it was his sole possession of value: his wedding photo. Talanov tracks Larisa down to get that photo because it reminds him of everything that should have been but never was, and never would be because an assassin’s bullet had mistakenly killed his wife.

Or was it a mistake?

The answer lies in Greco’s Game, a chess match played in 1619 that is famous for its queen sacrifice and checkmate in only eight moves. In an unusual alliance, Talanov and Larisa team up to begin unraveling the mystery of what Talanov’s old KGB instructor regarded as the most brilliant example of how to trap and kill an opponent. The question is, who was the target?

Long ago, while working as a journalist at the famed Los Angeles Union Rescue Mission, I interviewed several young women who were victims of human trafficking. I barely knew such a horrific practice existed, but their stories opened my eyes to the reality of this monstrous crime. Having grown up in a family of strong, capable women, my books typically feature kick-ass females who pack as much punch as most men. With Larisa in Greco’s Game, I did something different. I created a strong, capable female lead who was understated and shy. Why? Because I witnessed that same kind of quiet, triumphant spirit in many of the women I met at the mission’s women’s shelter, Bethel Haven, as well as during my dozens of trips behind the old Iron Curtain as a smuggler. Greco’s Game is therefore a tribute to those quiet, heroic women.

Nevertheless, Greco’s Game is unashamedly an action thriller. It is not a documentary about human trafficking. However, I believe action thrillers need more than nonstop action. It’s the characters and their personal odysseys in the midst of the action that make us stand up and cheer, and that means some kind of love story, be it romantic or the bond between friends and family, and how those relationships are put at risk. That is what gives a book (or a film) the emotional ‘grip’ it needs. In Greco’s Game, we see Talanov’s wife murdered. We experience his agony and witness his downward spiral. We then see him discover the truth, that his wife was a sacrificial “pawn” in a deeper assassination plot. But why, and against whom, and by whom? We see him begin to unravel those mysteries, and just when the answer appears within reach, a shot rings out. We then see him faced with an impossible situation: does he go after the killer and avenge the dead, or does he stay and fight for the living, who lies dying in his arms? It’s redemption for Talanov, but redemption at a cost. 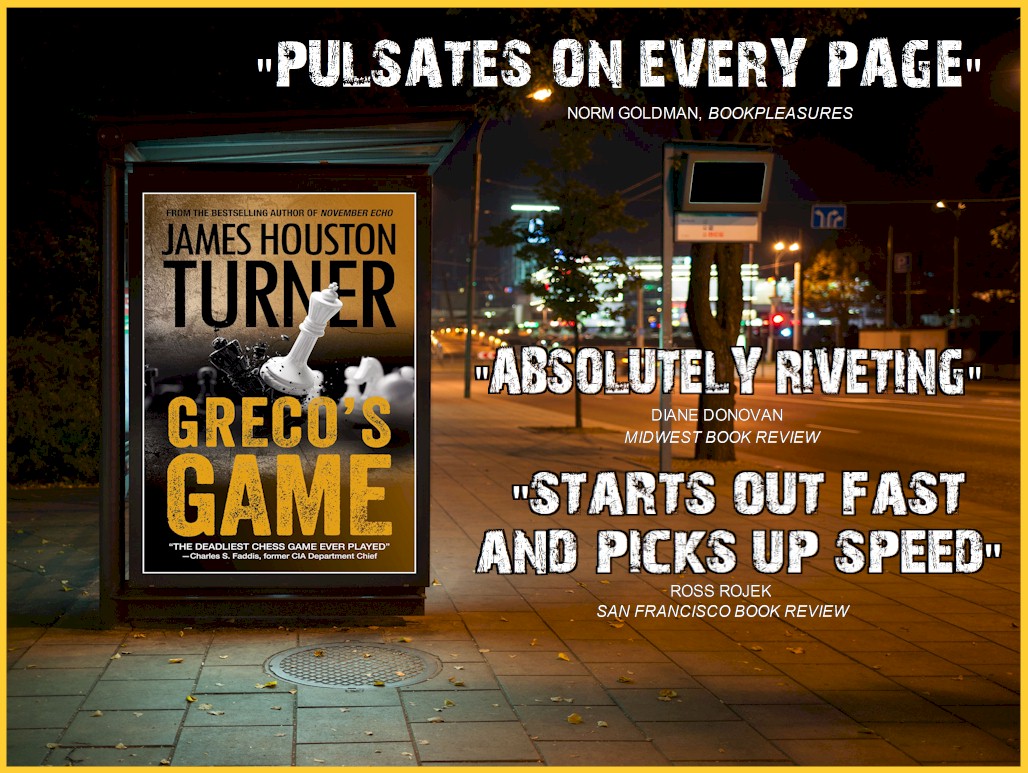 FINAL NOTE: I am especially proud of this film option edition of Greco’s Game. For one thing, it received the edit and polish the old 2012 version never received. When a reader is asked to invest time and money in a book, authors and publishers should honor that decision with a book that is the very best it can be. That is why I am so proud of this new edition. It honors you in a way the old version never did. For another, the book is much more current when it comes to the controversial relations between America and Russia, and why Talanov is such an asset to America because he used to be our enemy, and yet why suspicions continue to dog him for that very same reason. I like the tension this creates, and all while Talanov is simply trying to live and love normally, which of course, never quite happens. I hope you enjoy the ride.

“Absolutely riveting! James Houston Turner’s ability to build a book into a chess-like game of cat-and-mouse makes it a read like none other.”
Diane Donovan, Midwest Book Review

“Politics, CIA, KGB, assassins … everything moves together in this thriller, and the grip of the thrill is always tight.”
Ravi, Indian Book Critics [India]