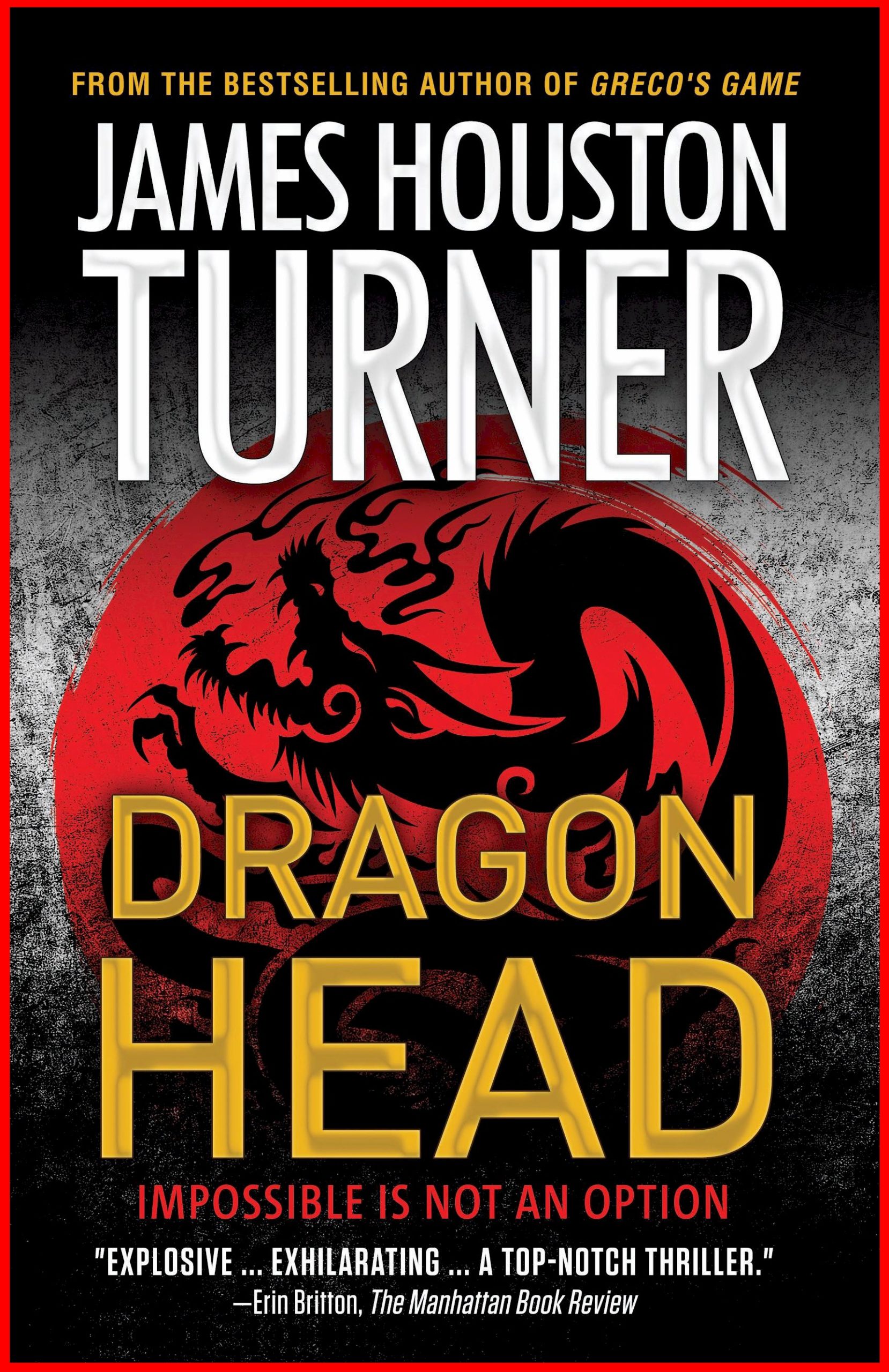 Book #4 in the Talanov thriller series

Purchase the book on Amazon and B&N.

One and a half billion dollars vanishes out of a numbered account into a cyberspace maze. But the thief who stole it lies dead on the tracks of Hong Kong’s Mass Transit Railway, his access codes having perished with him.

If this were simply an issue of missing money, the United States would not be concerned. But a Hong Kong crime boss named Dragon Head wants the money to fund an army of hackers, one of whom has already penetrated America’s GPS network. The result: a midair collision that kills more than a thousand people.

With national security at stake, the Director of National Intelligence becomes very interested in the whereabouts of that money. He wants the funds to remain lost. But Dragon Head wants them found. And Colonel Aleksandr Talanov is caught in the middle.

Both sides think Talanov knows where the money is. But Talanov doesn’t have a clue. So both sides threaten to kill his closest friends unless he locates and surrenders the money. It’s an impossible situation when impossible is not an option, because whatever choice Talanov makes, someone will die.

Dragon Head is the longest of my Talanov novels, and is written specifically for those who enjoy lingering in Talanov’s world. The book is not a quick sprint to the finish line, but a puzzle that unlocks gradually while building in speed. I purposely lingered on one theme in particular – family (and who constitutes “family”) – because of what I’ve personally experienced over the last ten years, which is how long it’s taken me to finish writing this book. One reason was the loss of some of my own family members. Many of us have experienced that kind of pain, so I’m not unique in that regard, and like many of you, I understand how it changes us in ways we don’t comprehend for months and sometimes years. In Dragon Head, Talanov experiences a similar loss, and while he’s already been through this before, in Dragon Head his loss amplifies the blessing and triumph of what happens as a result. Thus, Dragon Head is not a story of loss and sadness, but one of exciting new beginnings. I hope you enjoy the ride.

“This thriller works beautifully … a highly enjoyable potboiler of plot twists, action, and suspense.”
–Kat Kennedy, The US Review

“Dragon Head is an explosive story packed with plenty of action and excitement. Like all good spy stories, it’s unclear exactly what everyone is up to and who can actually be trusted. Facing threats on all sides, Talanov is a great hero to follow, tough and quick to dive into the action, but also smart and more than capable of outmaneuvering his enemies. Dragon Head is an exhilarating story that tackles contemporary issues … a top-notch thriller.”
–Erin Britton, The Manhattan Book Review

“Snappy dialogue … humor and heart … scenes [that] crackle with life as Talanov races against the clock in this complex spy thriller that delivers charm and thrills.”
–John M. Murray, Foreword Reviews

“Turner gives readers a diverse set of characters with changing loyalties and international intrigue. He does not shy away from tackling the complexities of cybercrime and international law, nor does he stop at giving us the action alone. His characters are funny and emotionally driven. They face tragic losses as well as hard-fought victories that connect to readers. This book has it all: action, emotional drama, and even a little romance. Another impressive thriller from the Aleksandr Talanov series.”
–Bobbie Peyton, The Tulsa Book Review

“I loved this plotline and was intrigued from the start. Dragon Head gets straight into the action using multiple perspectives to give you an insight into each of the characters as Talanov was pulled further into the complicated investigation. Dragon Head is a highly descriptive page-turner and I ended up in a “just one more chapter” loop … eager to know how this impossible situation could be resolved.”
–Charlotte Walker, LoveReading (United Kingdom)

“Talanov is an amazing character, and the impossible choices that drove him in Greco’s Game have been taken to a new level in Dragon Head. I absolutely love Turner’s storytelling and the colorful cast of characters that fill the Talanov world.” –Bret Saxon, producer, b3 Media Group (Los Angeles)
. 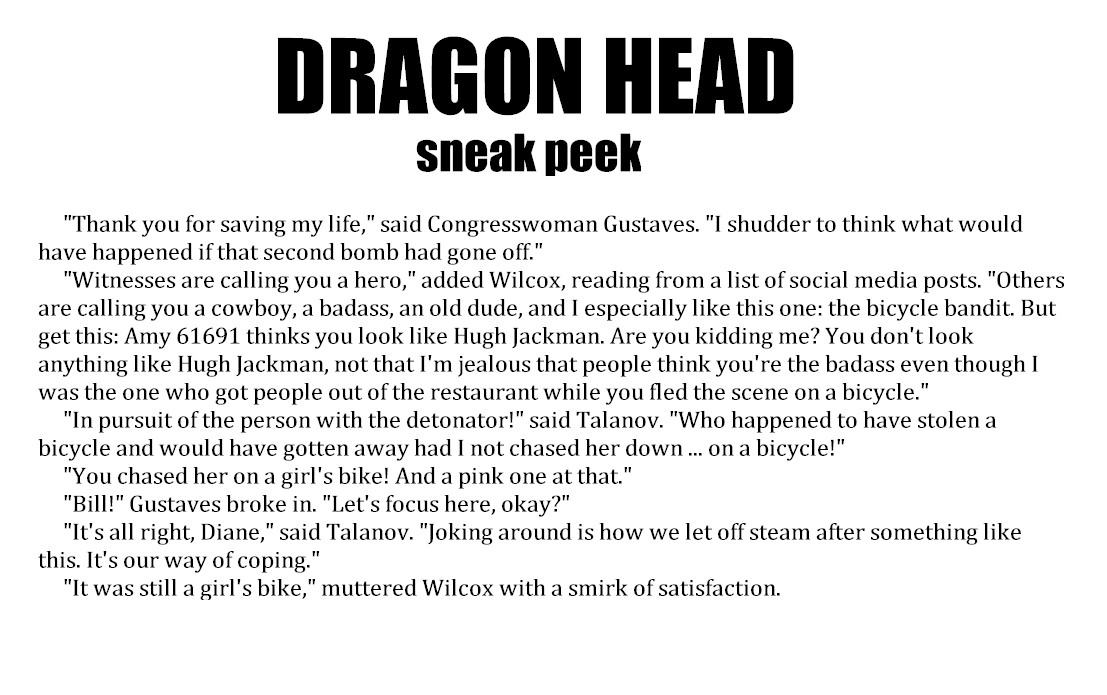 The most dangerous enemy of all is the one you think is a friend, and America’s historic standoff with Russia keeps our misplaced focus in that direction when our greatest danger lies in another. No, I’m not talking about China, although in Dragon Head, that comes into play, too. I’m talking about the danger from within, and in this regard, Talanov begins to play an increasingly vital role in helping Congresswoman Diane Gustaves tackle the “snake pit” that is Washington, DC. And while this still involves old enemies abroad who were once trained by the KGB, stay tuned for some new Talanov adventures right in our own back yard! 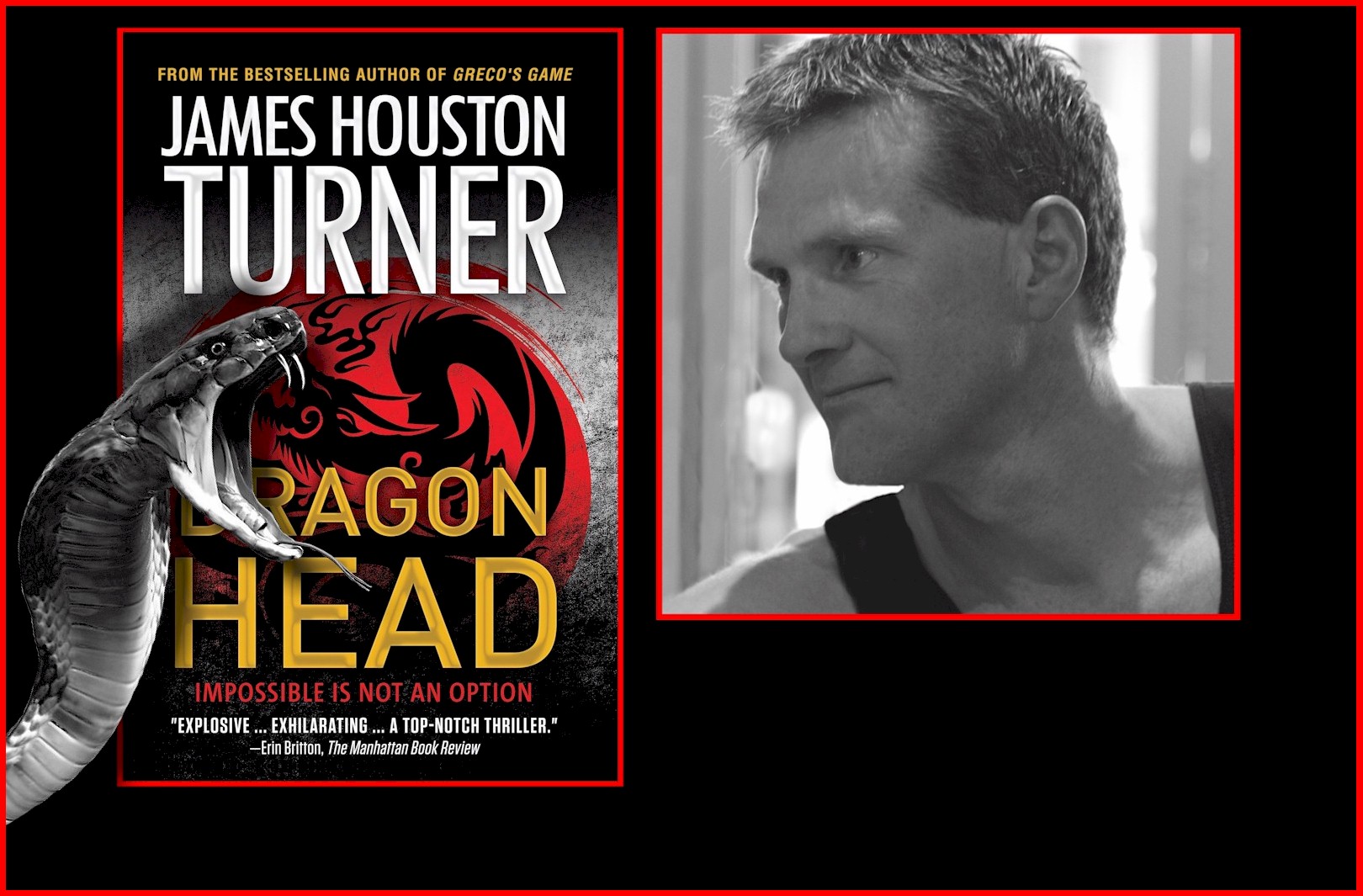 .
SO, WHO IS TALANOV? These “testimony” video clips are two of the best that I received: