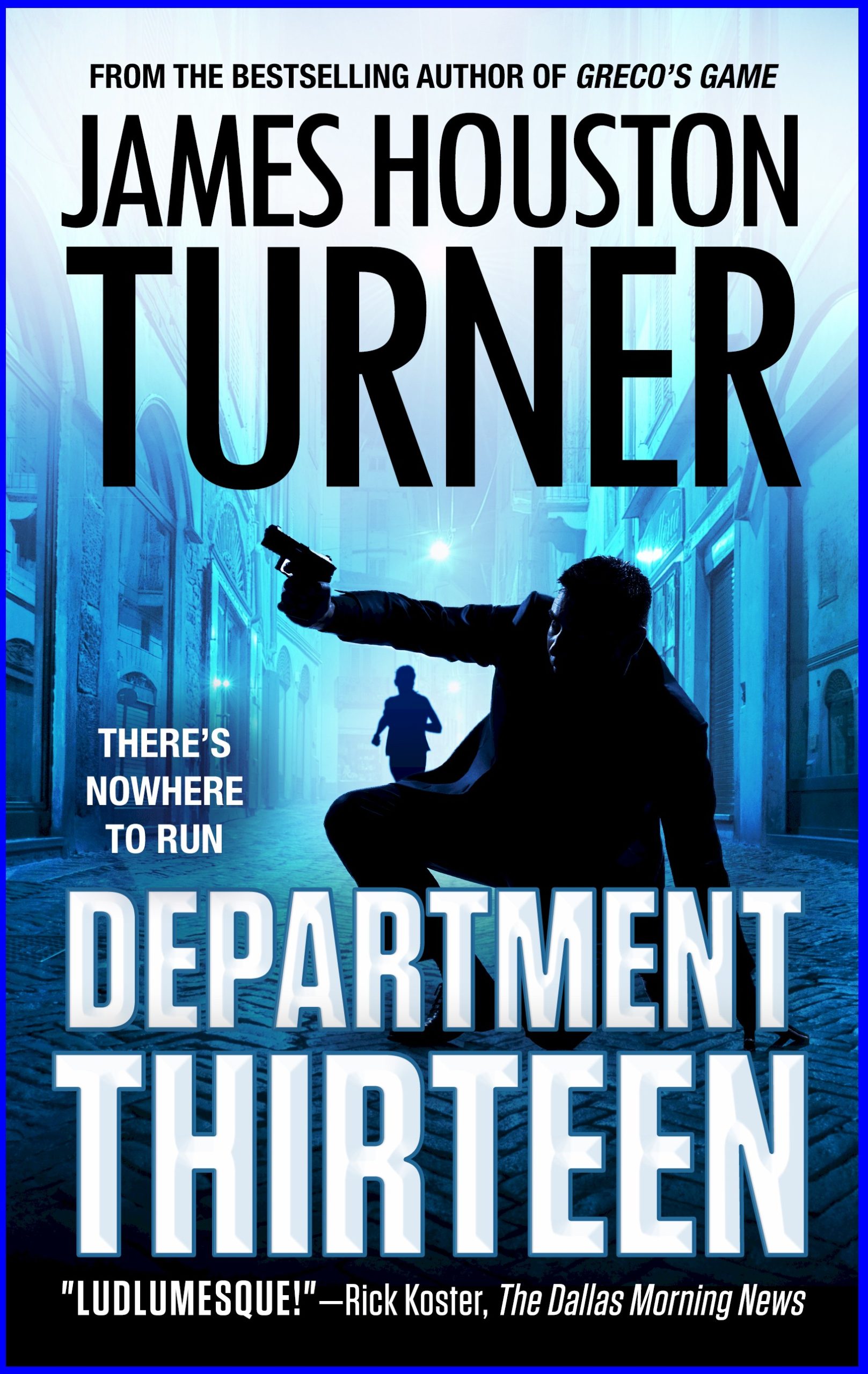 Buy the Paperback on Amazon, and B&N.

FROM THE COVER:
Department Thirteen — the assassination and sabotage unit of the KGB — never officially existed. But retired KGB colonel Aleksandr Talanov knows that it did, and it’s but one of the many secrets he’s worked hard to forget.

Now living in Australia, Talanov and dozens of dinner guests are suddenly the target of assassins. On a stroll to the beach, Talanov and his wife are mistakenly spared, but soon find themselves running for their lives: hunted by the killers, blamed by the police, increasingly pivotal to an invisible network of death about which they know nothing.

But someone thinks they know.

For in 1983, a second Department Thirteen was created, and Talanov discovers they have but one purpose: to kill him, whatever the cost.