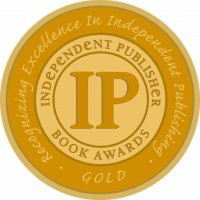 Coming on the heels of being voted the USA Book News “Best Thriller of 2011,” James Houston Turner’s bestselling thriller, Department Thirteen, has just scored another award with a prestigious GOLD MEDAL in the thriller/suspense category of the 2012 “IPPY” Independent Publisher Book Awards. Said Turner from his home in Adelaide, South Australia, “I thought I needed caffeine to start my day, but this was a power breakfast all on its own.”

UK film and book critic Daniel Cann, who has read both Department Thirteen and an advance review copy of its upcoming sequel, Greco’s Game, calls Turner’s signature hero, Talanov, “a modern day knight [and] champion,” and says Greco’s Game “. . . is a bold move and gamble by author Turner, taking his creation (Talanov) into radically different territory. Human trafficking is a subject rarely tackled, so Turner cannot be accused of playing it safe for his follow up to Department Thirteen.”

You can read the entire official press release by clicking HERE.