Inspired by the actual KGB agent who leaked word out of Moscow that James was on a KGB watchlist for his smuggling activities behind the old Iron Curtain, KGB colonel Aleksandr Talanov has become James Houston Turner’s signature protagonist.

Talanov made his debut in Department Thirteen, the USA Book News “Best Thriller of 2011.”

PERSONALITY:
Strong Aquarius personality: smart, enterprising, loves puzzles and dilemmas and finding unique solutions to problems; inventive and thinks outside the box; a realist (tends to look at the glass as being half full, but knows glasses are easily broken); thrives on processing information; curious and alert but often cold, calculating and indifferent to the emotional needs of others. An early morning runner and avid student of chess, Talanov is fluent in English (American, British) Russian, Ukrainian, German, Spanish, and French. Committed and loyal, he enjoys spicy food (paella and pizza), fast cars, cold vodka and passionate music.

BACKGROUND:
Since his youth, Talanov was destined to be part of the Komitet Gosudarstvennoy Bezopasnosti — the Committee for State Security — or the internal security and foreign intelligence agency of the old Soviet Union. His father, Mikhail Ivanevich Talanov, was reportedly killed when he was an infant, with his addict mother, Nina, dying from a narcotics overdose when he was four. Alex was subsequently handed over to his elderly maternal grandparents, who lived in a ninth floor Moscow flat. The grandparents, however, couldn’t cope, so he was turned over to State minders, who immediately noticed his athletic and educational abilities and placed him in the Komsomol — the Communist Youth Organization — where he would be taught the fighting and philosophical skills needed to advance him to the KGB. It was here that he was taught Combat Sambo, where he rose to the rank of Black Belt, his instructor preferring the traditional belt system of rating over the cumbersome “razryad” system most sambists employed. It was also here that he learned how love was a weakness and vulnerability that an enemy could exploit. It was here, at age sixteen, that he became known as Ledyanoĭ chelovek — the “ice man” — cold, calculating, charming and capable, yet possessing an unusual idealism about fairness, which his minders fed with Communist propaganda about the evils and decadence of the West.

Feeding on their words like a carnivore feeds on flesh, Talanov was rewarded with entrance into the Surveillance College in Leningrad, where his achievements resulted in an appointment to the analysis section of Directorate 7 (responsible for the monitoring of Soviet nationals and foreigners). His contributions in the area of surveillance and security soon led to a promotion to Directorate 9 (the KGB Protection Service, which included the 40,000-man uniformed bodyguard for Party leaders and families, as well as the protection of government installations, especially those containing nuclear weapons). In Directorate 9, he was mentored by the great Dimitri Lazovic, who chose him to coordinate the physical protection of Party leadership. It was here that Talanov came to the attention of Yuri Andropov, whose appreciation for saving his life resulted in his being selected for the Moscow State Institute for International Relations. After graduating, he was promoted to the rank of colonel — the youngest in KGB history — and assigned to The First Chief Directorate, which was responsible for foreign espionage and KGB operations abroad. Segmented into eleven geographical regions, the First Chief Directorate saw to the placement of intelligence officers in legal positions in embassies and elsewhere abroad. Talanov oversaw those assignments as well as provided analytical support to various sub-directorates and services, as well as personal assistance to Andropov on a number of secret assignments.

Talanov was not sure when the cracks began to appear, but appear they did in Department Thirteen:

“Why did we get married?” Andrea asked.
“What do you mean?”
She turned toward him. “You romanced me like there was no tomorrow, and we end up
having this fabulous whirlwind marriage. But that’s as far as it went.”
Talanov did not reply.
“We’re little more than strangers, Alex. And you seem happy to keep it that way.”
“I think you’re overreacting.”
“People are trying to kill us! And you think I’m overreacting? Talk to me, Alex.”
Talanov massaged a dull ache in his forehead. The pressure was getting to him.
“Tell me about your world,” she said.
“Are you sure you want to hear this?”
“I think it’s time, don’t you?”
After working a pillow into place, Talanov settled back and for half an hour explained
how the KGB had trained assassins, terrorists, and deep cover agents at its Balashikha complex,
near Moscow. “Communism on paper is what attracted my idealistic hopes: equality for all,
freedom from oppression…that sort of thing. But over time, I became aware of all the things I
had not been taught: that communism outside the classroom was really state capitalism…the
government’s elite taking from others what they wanted for themselves. It’s why communism
can never work, and why I began helping the CIA bring it down…not that anyone in Washington
cared.”
“You sound cynical.”
“I am. Trouble is, there are men out there with guns for whom these lofty ideals don’t
matter one bit.”
“It appears they matter a great deal. The question is, why?”

Talanov disillusionment led him to become November Echo, the legendary KGB deep cover informant who supplied the CIA with intelligence on KGB activities during the Cold War. For his service over the course of several years, Talanov was paid US$1.3 million by William Erasmus “Bill” Wilcox — codename La Tâche — the CIA branch chief in the American Embassy, in London. Talanov quietly invested the money in offshore accounts, thus enabling him to settle in Australia at the end of the Cold War as a multi-millionaire. It was in Australia that he met and married Andrea, owner of the catering company, Elegant Cuisine, although his inability to return his wife’s love was the cause of many problems. The couple lived in the swank Sydney suburb of Mosman until killers firebombed his house and burned it down. Within months of those events (chronicled in Department Thirteen), Talanov convinced his wife to move with him to Los Angeles in an attempt to find anonymity and peace (Greco’s Game). Tragically, that peace was short-lived.

The origin of his role as a deep-cover spy for the CIA is chronicled in the 2013-14 #1 bestselling thriller, November Echo. Set against actual events surrounding Biopreparat, the Soviet Union’s top-secret biological weapons program, November Echo takes place in 1985 on the Costa del Sol, Spain, when Talanov tracks down a defecting scientist from the Sverdlovsk weaponized anthrax facility. But not everyone appreciates Talanov’s flamboyant style. One such person is his KGB colleague, Sofia Dubinina, who openly challenges his methods.

Talanov got right in her face. “You may not like my methods, Agent Dubinina, and you may not even like me. Kravenko probably doesn’t and I know his advisors don’t. But let’s get one thing clear. I’m not going to Spain because everybody likes me. I’m going to Spain because the Soviet Union has a problem and Kravenko needs me to solve that problem. So either you get on that airplane like I asked or it will be safer for you here at home.”
“Safer for me here at home? What exactly do you mean?”
“Just what I said.”
Sofia pushed Talanov back. “Spell it out for me, Colonel. I want to verify whether or not I’m hearing what I think I’m hearing.”
“Fine,” he said, “I’ll spell it out. In the military, you’ve got the backs of your buddies and your buddies have yours. But on rare occasions, someone gets assigned to the unit who’s lazy or afraid or doesn’t want to do what they’re told. And if they don’t change — and I mean fast — they get shot. Whether it’s an accident or because they stick their head up at the wrong moment and an enemy sharpshooter takes them out, they get shot and they get sent home, usually alive but sometimes dead, and nobody really minds because to have someone like that around jeopardizes the entire team.”
“Are you threatening me?” she asked.
“You can’t have it both ways, Agent Dubinina. So you’d better choose right here and now whether or not you’re on my team. Because if you’re not, you’ll get shot. Take that however you like.”
Stepping back, Talanov watched Sofia’s eyes flash. She was both offended and furious. And yet as she looked away, he could see a mixture of emotion — including fear — crisscrossing her mind. He knew what she was feeling because he’d been there himself. Everyone gets told the same thing sooner or later.
He saw her run a hand across her mouth. Saw her take a deep breath. Saw her deliberating about what to do and whose orders to follow. Was it a threat? Did he mean it? Was he right? Even if he was, did she want to be partnered with such a man? Would she be safe? Should she report him?
The sudden exhale indicated she’d made her decision. She bit her lip and looked nervously around before turning to face him. “Do you realize what you’re asking me to do?”
Talanov glanced toward the sound of grinding gears as a diesel truck sputtered past belching soot into the air. He saw the driver sitting behind the wheel, elbow out the window, cigarette dangling from his mouth while laughing at a remark made by his partner.
Looking back at Sofia, he said, “You want to catch a rat, you need to think like a rat and go where he goes but get there ahead of him. The old cats upstairs don’t know how to do that. They’ve been in the house too long. They give their advice and meow when they’re told and when everything falls to shit they blame it on somebody else. That’s why I do things my way. I’m an alley cat. No one likes alley cats but alley cats know how to get the job done when it comes to rats.” 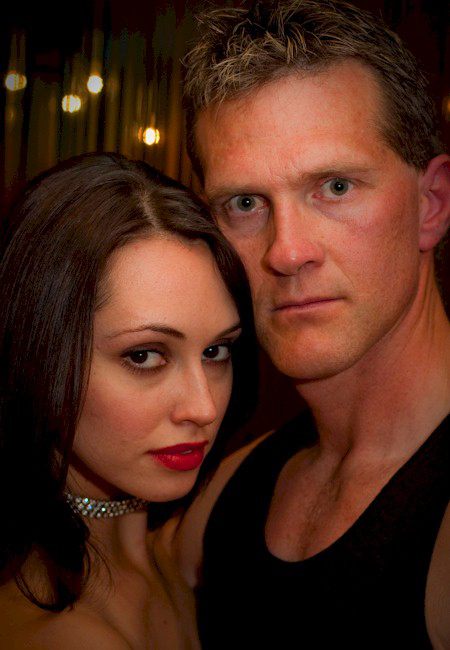